Chachacomani (6.100 m.) A new route for Bolivia! This approach to this imposing peak in the middle of the Cordillera Real has only recently been explored in 2010 by our very own guides. It is certainly a challenging route, but we will have the valleys and routes to ourselves, and have the honour of being […]

Chearoco (6,127m) The Chearoco mountain with an altitude of 6,127 m. It is located north of the Chachacomani, its current entry route is through the Kellhuani valley. The panoramic views from its summit are impressive, of the entire Cordillera and Lake Titicaca. Itinerary: Day 1.- LA PAZ – KELLHUANI – LECHE KHOTA BASE CAMP. Departure […] 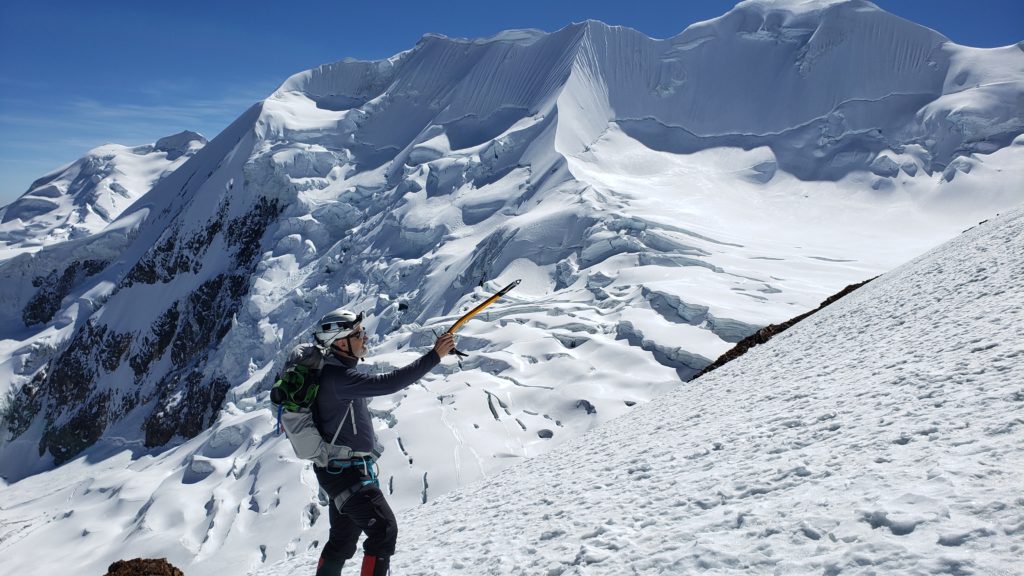 Illimani 6438m The Illimani Mountain is a beautiful view of the city of La Paz. No doubt many articles dedicated to this mountain considered as the guardian of the city. The mountain itself has many peaks that are permanently covered in snow; three of them are above 6000 m and the highest one reaches an […]